India: A Portrait gives a voice to a cross-section of India’s millions, and endeavours to understand the strands of the past through their story. It is a truism that even today, with the many opportunities available, that talented individuals can fail to achieve their potential. This may not be a unique problem for mankind, but for India, somehow what has been achieved, especially since Independence, gives a taste of possibilities yet uncovered.

With the proximity of Russia, Afghanistan, Pakistan and China, underlines India’s situation as critical to the tensions and interactions of current global politics. From this perspective alone, apart from the many human, cultural and other reasons, it behoves thoughtful people around the world to make efforts to understand this vast and vital nation.

India possesses a number of physiographic divisions. The northern mountains include the world-famous Himalayas with their snow-capped peaks of towering majesty. Here are found the sources of river systems such as the Ganges and the Brahmaputra. The Great Plains lie south of the Himalayas, fanning out at both ends to include the fertile Ganges delta on the east and the semiarid desert of Rajasthan on the west. The course of the Ganges is one of the earth’s most fertile areas, but it is also the world’s second most densely populated river valley.

Stretching from the Arabian Sea on the west to the Bay of Bengal on the east is the peninsular plateau, known as the Deccan. The western edge is noted for its breath-taking grandeur, awe-inspiring peaks with cascading waterfalls streaming down timeworn channels. A panorama of precipitous valleys filled with a kaleidoscope of colour extends far into the distance. This western ridge feeds three important rivers, the Godavari, the Krishna and the Cauvery..

END_OF_DOCUMENT_TOKEN_TO_BE_REPLACED

Dr. Mercola is the founder of the world’s most visited natural health web site,www.Mercola.com. You can learn the hazardous side effects of ‘over the counter’ remedies by getting a FREE copy of his latest special report The Dangers of Over the Counter Remedies by going to his Report Page

Nutrition and Physical Degeneration: A Comparison of Primitive and Modern Diets and Their Effects (1939)by Dr Weston Price 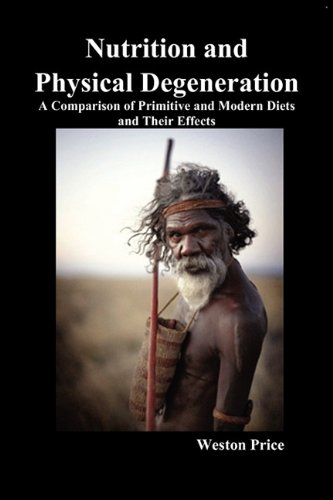 In the 1900s, Dr Weston A. Price, a dentist, did extensive research on the link between oral health and physical diseases. He was one of the major nutritional pioneers of all time, and his classic book Nutrition and Physical Degeneration is full of wonderful pictures documenting the perfect teeth of the native tribes he visited who were still eating their traditional diets.

Your Diet May be Even More Important Than Your Toothbrush

In the quest for healthy teeth and gums, nothing may be more important than your diet. Dr Price found that the native people’s teeth were perfectly straight and white, with high dental arches and well-formed facial features. And there was something more astonishing: none of the people Price examined practiced any sort of dental hygiene — not one of his subjects had ever used a toothbrush!

Dr Price noticed some similarities between the native diets that allowed the people to thrive and maintain such healthy smiles. Among them:

If you, too, eat properly and maintain optimal health, you’re highly unlikely to develop cavities or other dental problems. They really only occur when you’re eating the wrong foods. So pay attention to your diet, as this is a key to keeping you safely out of the dentist’s chair — at least for visits that involve more than routine cleaning..