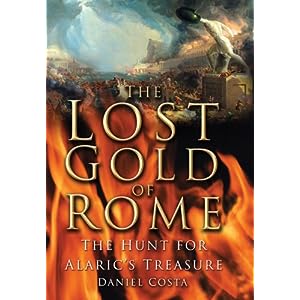 END_OF_DOCUMENT_TOKEN_TO_BE_REPLACED

Eight-petaled rosettes similar to those on the Phaistos Disk and on various ancient game-boards, such as discovered at Ur in Mesopotamia, and the example shown here from Knossos, Crete, appeared also on many other objects, over a wide geographical area and span of time. They appear to be solar symbols, or more precisely represent the cycle of birth, death, and rebirth, and so indicated the passages from one state of existence into another.

In Mesopotamia, the eight-leaf rosette was also the emblem of the fertility goddess Ishtar and her associated planet Venus. However, this apparent broadening of the symbol only confirms the basic meaning of birth, death and rebirth.

In a well-known myth, Ishtar descended into the underworld and was held there as if dead, before she returned to life, just as Venus the evening star disappears from the sky for some time and then heralds as the morning star the return of the life-giving light.  The symbolism is the same as that derived from the cycles of the sun.

END_OF_DOCUMENT_TOKEN_TO_BE_REPLACED

The Guardian has some great videos from the Consumer Electronics Show in Vegas earlier in January. The Miniwiz bottle building (pictured below) really caught my eye:
http://www.guardian.co.uk/technology/blog/video/2011/jan/08/ces-2011-recycling-architecture

Alex Chou of Miniwiz shows off the company’s recycled plastic bottle building blocks, which have been used to construct a fully functional five-storey building in Taiwan..

Great concept, but it’s not exactly a new one. It reminded me of Heineken’s WOBO experiment almost 50 years earlier. Alfred Heineken was on holiday in the Caribbean island of Curaçao, and was dismayed to see thousands of glass beer bottles littering the beach, many of them bearing his name. Back in Amsterdam where the Heineken brewery was based, the average bottle was recycled 30 times. But on a small island like Curaçao, with neither the means nor incentive to recycle, each beer bottle was used once and discarded.