Nazi Gold: The Sensational Story of the World’s Greatest Robbery – And the Greatest Criminal Cover-up

This is an awe inspiring book, not simply for the time and effort that went into researching it. Twenty-two pages of close-typed sources, plus an additional seven page bibliography give a small indication of the through contribution to the cause of truth contained herein. The writers have sifted fact from fiction to provide the answers to some interesting questions..

END_OF_DOCUMENT_TOKEN_TO_BE_REPLACED

“Never ascribe to malice that which can adequately be explained by incompetence.” – Napoleon Bonaparte (1769-1821)

The Tichborne Claimant affair was the celebrated 19th-century legal case of Arthur Orton, who claimed to be the missing heir Sir Roger Tichborne.  In April 1854, Sir Roger Charles Tichborne was homeward bound from South America, when his ship was lost at sea.  When the news reached her, Roger’s mother refused to believe he was dead. She inquired all over the world, and in November 1865, heard from a Sydney lawyer claiming that a man fitting the description of her son was living in Australia.

The supposed Sir Roger was actually Arthur Orton ( Note: there is some evidence he could have been the illegitimate son of Roger’s father James). Aside from a superficial resemblance to Tichborne, he did not fit the description well; however Lady Tichborne was desperate enough to accept him as her son and sent him money to come to her.
Orton was seemingly reluctant to go at first, however, a former family servant, Andrew Bogle, accompanied him on his trip to Britain. He arrived in London, December 1866 and visited the Tichborne estates. When he travelled to the Paris hotel where Lady Tichborne was living, she recognised him as her son. She even handed him Roger’s letters from South America, and she gave him an allowance of £1,000 a year.
After Lady Tichborne’s acceptance, other members of the Tichborne family were outraged,  and unsurprisingly declared him an impostor. They found many discrepancies when Orton tried to fit his own South American experiences to those of Sir Roger.
When Lady Tichborne died in March 1868, Orton lost his most prominent supporter. It was unfortunate also for the cause of truth, for she died before she could testify  in the witness box. By this time, Orton owed a significant amount of money. (He sold “Tichborne Bonds” in music halls to pay the legal costs when he tried to claim the inheritance.) The rightful heir at the time, Henry Doughty-Tichborne, was only two years old. The claimant, in the eyes of the public, had become a `cause’..

END_OF_DOCUMENT_TOKEN_TO_BE_REPLACED

The oldest historical mention of ancient Israel occurs in the Merneptah stele, an Egyptian monument dated to 1208 B.C. But mention of Israel’s God, Yahweh, occurs even earlier in Egyptian inscriptions in conjunction with a group of people called the Shasu.

END_OF_DOCUMENT_TOKEN_TO_BE_REPLACED

Frank Galvin (Paul Newman) has all the odds stacked against him. His career is heading nowhere fast, a wrecked personal life, his legal partner (Jack Warden) has had enough, and a whisky habit that could kickstart an economy. He is sinking into a hole near impossible to climb out of. Stanley Ellin in The New York Times Book Review wrote that “the book, by David Mamet, by digging deep into the mysteries of medical, legal and clerical practice, has everything going for it, and makes dramatically potent use of each element.“..

END_OF_DOCUMENT_TOKEN_TO_BE_REPLACED

This edition of Shakespeare’s ‘Romeo and Juliet’ has much to recommend it, not simply for students. Accompanying each page of text is a study section explaining the language and context, but also engaging the reader in a series of questions about their own feelings of what is happening, or what Shakespeare might have intended?

Differing opinion on these questions is inevitable. The play of course, deserves the reputation of the ultimate expression of romantic love in western literature, and we are forced to look for credible reasons for its tragic conclusion. It addresses timeless issues that matter to all humanity.

END_OF_DOCUMENT_TOKEN_TO_BE_REPLACED

From the outset, I had better say, this is not a story with universal appeal. It is a comedy of the old, slapstick style, with prehaps limits for today’s sophisticated CGI audiences. That said, it packs a few laughs in between the cringe moments. However, I write this in memory not just of Marty Feldman’s Brother Ambrose, but Andy Kaufman’s Amageddon T Thunderbird.
This character sends up to perfection those Fundamentalist TV evangelists who cynically prey on whoever listens to their version of the Gospel, but for whoever actually picks up the original, would see their counterparts denounced by Christ and the Apostles.
Two quotes from Armageddon’s TV show (as a taster) ‘Money can’t buy happiness. Only Power can do that!’..’You can fool some of the people some of the time, but some of the people all of the time- and the’re the ones we’re goin’ to get!’  END_OF_DOCUMENT_TOKEN_TO_BE_REPLACED

Unlike so many books published on Arthur and Britain’s prehistory, this is an accessible and comprehensive read. Casual criticism is less than fair when it is clear how much research has gone into this work. To fully understand the theories of Baram Blackett and Alan Wilson you have to go on and read the more detailed books. If you are in a position to visit any of the sites in South Wales discussed, you will be impressed by their interpretation. Apart from the chapters on Arthur, the discussion on Roman Britain and Wroxeter, the origins of Mercia, and Christianity in Britain, are refreshing and thought provoking. I noticed that the spurious arguments about the name Antun etc. are discussed. In any case, we all know how fluid spelling was in the pre printing era. I fully agree with the authors concerning the neglect of early Welsh history, and not just because I live in Wales. END_OF_DOCUMENT_TOKEN_TO_BE_REPLACED

It is true that nursing as a profession has changed rapidly over the last 25 years, and of course, as with all students, nurses have to prioritise on the latest written information. However, this 1984 publication, well respected as a reflective text, really reaches the heart of what nursing is all about, what motivates people to become nurses, what is expected of nurses in practice, how to address the fears we have as nurses, and how you can go the extra mile and develop the art of expert nursing practice. And as importantly, how people instinctively know the difference between an expert nurse, and the few for whom it is just a job.
END_OF_DOCUMENT_TOKEN_TO_BE_REPLACED 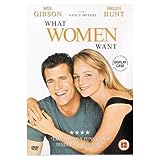 What do women want? How does Mars understand Venus? If there was an easy way, most men would take it. I guess this film proves reading women’s minds was no easy way. On the whole, I like to review books and films I really like. With `What women want’ I am going to make an exception, not because it is totally without merit, for example the fine acting of Mel Gibson, Helen Hunt and Marisa Tomei, and the great music. However, in my opinion, it is false to its premise. Before I get criticised for taking it too seriously, this is my disclaimer. I’m going to take it seriously.